Why You're Unknowingly Depleting Your Body’s Magnesium Levels, according to a Functional Medicine Doctor and an RD

source: Well+Good  ( wellandgood.com )
Magnesium isn’t exactly sexy. It’s not like protein or fiber or even vitamin C—but that doesn’t make it any less critical.

“Magnesium is responsible for over 300 processes in the human body,” says functional medicine doctor Kien Vuu, MD. Nearly every organ system requires magnesium to function at an optimal level, so it’s particularly troubling that researchers estimate that roughly 75 percent of the U.S. population is deficient in magnesium. 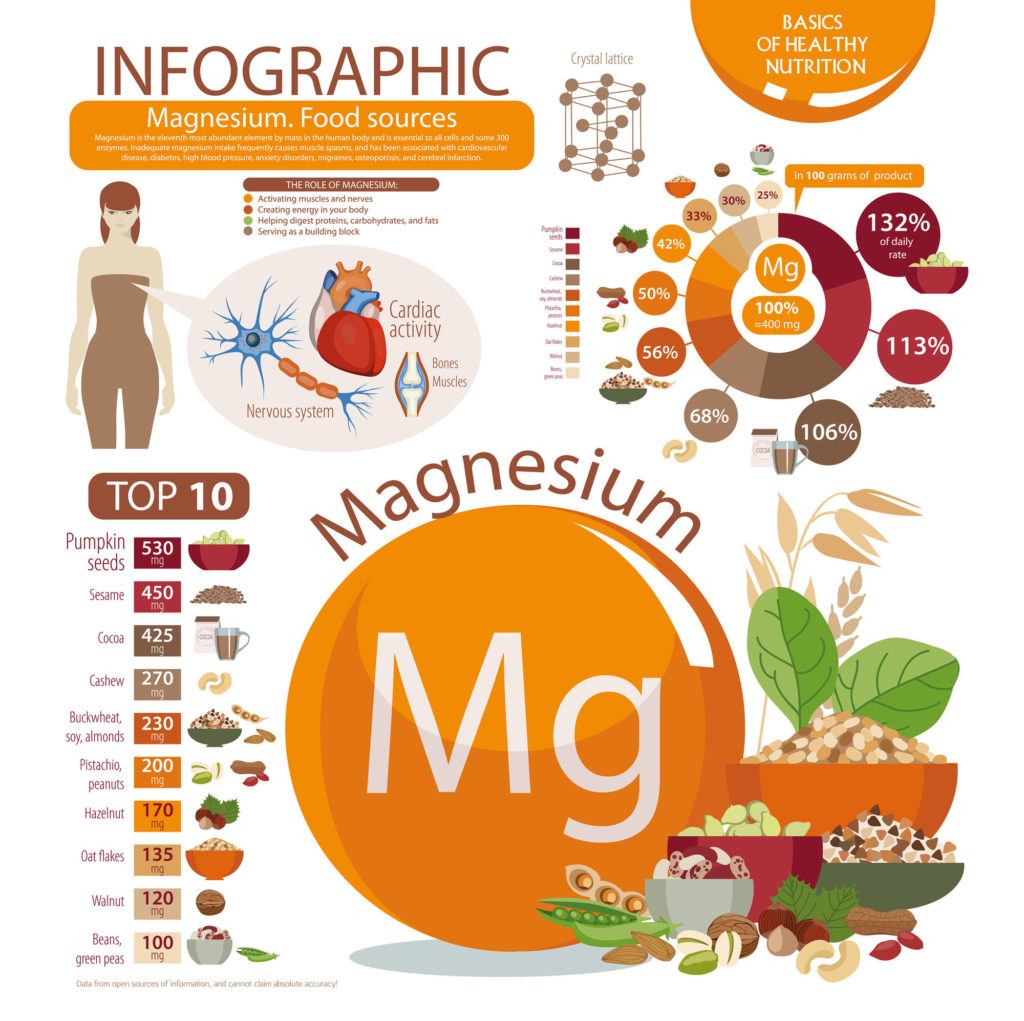 Magnesium malabsorption, which can be caused by a medical condition or procedure

According to Brookell White, MS, RD and MyFitnessPal nutrition consultant, this is common in people with a gastrointestinal disease or who have had a GI procedure, because chronic diarrhea and fat malabsorption are common symptoms and can lead to magnesium depletion. “Some conditions where this is common are Crohn’s disease, celiac disease, chronic inflammation of regions of the gut, and a resection or bypass to the upper region on your gastrointestinal tract,” White says.

Hormones are often released in the body as a response to stress, leading to an increase of magnesium outside our cells. “When this happens, more magnesium is excreted in our urine, leading to more loss. If this is repeated over time, this may lead to lower levels of magnesium,” says White. She suggests keeping a consistent workout regimen, prioritizing time to wind down before bed, and eating a balanced diet as a way to combat this.

While we can try to be proactive about managing things like alcohol consumption and stress, this one is a bit trickier. Magnesium absorption from the gut decreases over time, and this happens at a faster rate as we get older. “The kidneys also excrete more as we age, and older adults are found to consume less,” says White. “Another contributing factor may be due to medication. Diuretics, antacids, proton pump inhibitors, and aminoglycoside antibiotics are just some of the medications that can lead to a magnesium deficiency, and many of these are unfortunately more frequently prescribed to older populations.”

Again, Dr. Hyman also singles out other causes including excess salt and coffee, profuse sweating, and menstruation. In addition to limiting these triggers and speaking with a doctor about magnesium deficiency, you can also introduce more magnesium-rich foods into your diet to up your body's magnesium levels. Remember: It’s not all about cutting and changing—a big part is adding.

Magnesium is found in a variety of foods, especially those that contain everyone’s favorite digestive booster, fiber. “These foods include nuts, leafy green vegetables, legumes, and whole grains,” says Dr. Vuu. He calls out spinach, cashews, peanuts, soy milk, and black beans as being high in the mineral.